Why hire, when you can own a beautiful, quality red carpet for a similar price?!

The History of Red Carpets

In modern times red carpets are synonymous with entertainment awards, glamour and visiting VIPs, but just why is it we use a red carpet?

Fit for a King!

The picture to the left shows a Garnet Hardback carpet at Shakespeares Globe Theatre.

No-one seems absolutely sure of the origin, but like so many aspects of our culture and even science it has been suggested that it goes all the way back to ancient Greece and the classical play Agamemnon.

A character in the play, Agamemnon himself, is welcomed home by his wife to a grand reception with a deep red and purple carpet, the colour of the gods! He is an arrogant character and his wife Clytemnestra wants to show this by having him literally walk all over the gods, eventually he does but only after protesting that a red carpet is only worthy of a god.

One way or another this fable passed down through centuries with the purple fading to a plain deep red which only the most important members of society were to walk on.

Railroads seem to have really commercialised the practice commonly rolling out red carpets on platforms to direct passengers to the correct portion of the train just as many hotels will run red carpets from the pavement into their lobbies for arriving guests.

Today it has been widely embraced by the entertainment industry, with the most famous red carpet perhaps being the one at the Oscars ceremony where many of the world’s most glamorous and beautiful celebrities have their image beamed to TV stations and magazines everywhere as our society’s modern gods, even if they’re held in a lot less respect than the classic Greek ones!

From school proms to weddings and nightclubs red carpet runners are a common feature of any special event today, giving the guests a feeling of importance and status and the occasion an air of high importance. 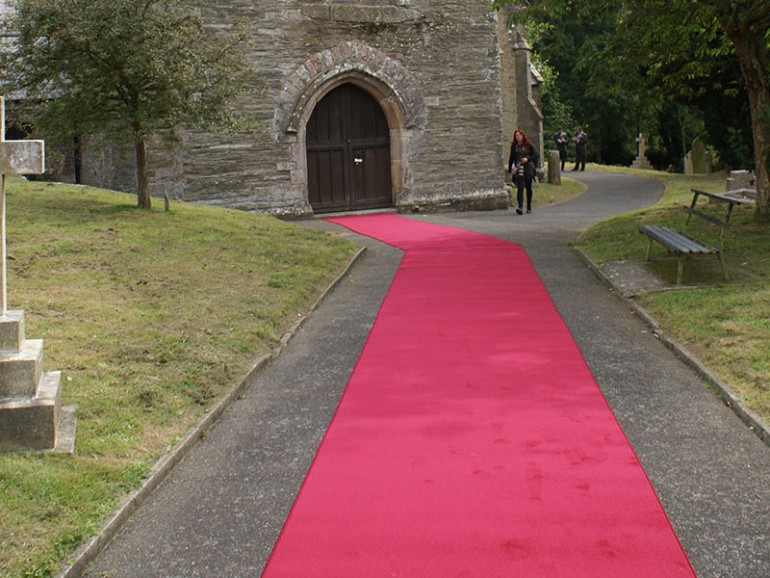 What our Clients Say

"I just wanted to say thank you. The colour and size was spot on and it looked amazing laid in our lobby. We had numerous positive comments from both guests and hotel staff"

Just to let you know the carpets arrived and look brilliant! Thank you very much for such a speedy turn around and great service."

"Thanks for the prompt service and a high quality carpet that looks great!" 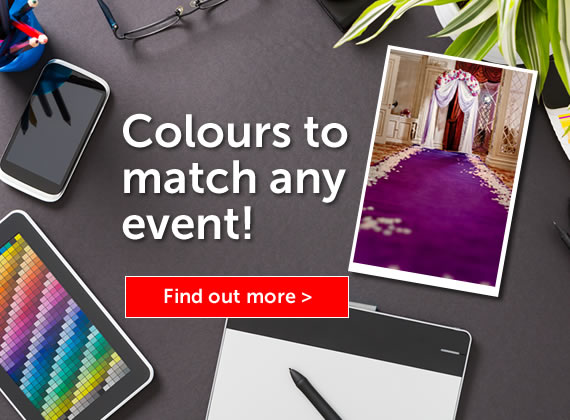 Would you like to see the quality of the carpets right in front of you? Fill in our simple form and we will post you a FREE sample pack. No obligation!

Ask us a question

Email, call us, or submit the sample request form for free, no obligation samples - our event carpets cannot be beaten on colour & quality. 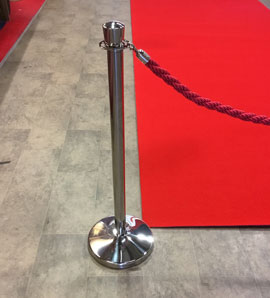 Want to know how little a event carpet is going to cost? Try using our price calculator to estimate the cost for your carpet.

Take a look at some of our finished carpets, see all the colours available and the quality for yourselves.

Would you like to see the quality of the carpets right in front of you? Fill in our simple form and we will post you a FREE sample pack. No obligation!